Sanding is a fairly common step in most wood-based projects. Woodworkers, like you, often use this technique to either shaped or polish wood. There are several types of sanding tools available. This issue makes it confusing for beginners, and, sometimes even experts to decide which one they should use.

Two of the most common sanding tools are belt sanders and orbital sanders. Besides the obvious difference in their names, these two types of sanding tools are distinct from each other in more ways than one. Here is a discussion to help you to decide which one to buy on your next trip to your favorite hardware store:

What Is A Belt Sander For?

Belt sanders, like all sanders, are used to remove the top layer of wood. Because of its shape, belt sanders are often used on flat surfaces to make smooth finishes. The large surface of the sander makes it preferable for broad surfaces such as wood countertops, walls, and floorings. You can also use it to help doors or windows fit their frames better by sanding excessive sides or corners.

Some woodworkers prefer to mount their belt sanders on steady bases to use them as bench sanders. Mounting a belt sander will allow you to use is to shape smaller pieces of wood. You can also use it on other materials depending on the sandpaper you use.

Advantages And Disadvantages Of A Belt Sander

The shape of belt sanders reduces the time needed for you to polish broad surfaces. The single direction of the sanding belt also reduces the chances of uneven layers. Mounted belt sanders are also great in shaping small pieces of wood or metal.

This feature, however, also has its drawbacks. One disadvantage of belt sanders is that it can be challenging to use on wood surfaces with grain directions. The powerful motor of belt sanders can also be hard to control for beginners. It is also unadvisable to use belt sanders on surfaces with paint or varnish as these can be easily removed.

What Is An Orbital Sander For?

Orbital sanders employ a smaller disc shape sandpapers often 5 inches wide. This type of sander is used for narrower surfaces. Orbital sanders often use less power than belt sanders. Hence, they are great when only small amounts of material need to be removed.

Unlike belt sanders, orbital sanders are rarely attached to fixed bases. The rotating motion of the sanding disc makes it difficult to use in shaping small pieces of materials. However, orbital sanders are great for polishing round-shaped surfaces such as wooden doorknobs.

Advantages And Disadvantages of An Orbital Sander

The weaker motor and smaller surface or orbital sanders make it virtually unusable to incredibly wide surfaces. It is also almost impossible to shape small pieces of wood using the orbital sander. Lastly, the circular shape of its sanding disc also makes it hard to reach corners 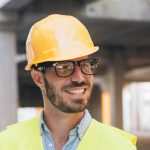 Martin is an author, blogger, and avid carpenter. He has a depth of experience with all types of tools as a builder and hobbyist. Martin is also the executive writer for tool.report which is a national tool blog.

How To Meet More Folks?

Have you been having difficulty satisfying folks, although you’ve accompanied a couple of online bisexual dating services? Well, it is time to develop your quest and take advantage of offline op

The brief variation: Many online dating programs and guidance sites tend to be aimed toward discovering younger lovers, not every man really wants to date a female within her 20s. The folks at Beyond

Смотреть онлайн трансляцию .cls-1{fill:#14a0ff;}.cls-2{fill:#fff;}logo_dark_bg The Germans won the 2014 World Cup but since then have won only one of its five World Cup matches. At the 2018 tournament